We worked with award-winning Starlight Design on 3rd November to bring some stellar live and digital performance elements to their fireworks and laser display at Dumfries House. The public display was held as part of Dumfries House’s programme in honour the 300th anniversary of celebrated cabinet-maker Thomas Chippendale, and was funded by donors to raise money for the upkeep of the venue, which was secured in 2007 through a significant donation by Prince Charles’s Prince’s Foundation.

The firework and laser show is choreographed to frame Dumfries House and we worked with Limbic Cinema to map video projections onto the building to celebrate Chippendale’s story. We flew aerialists from a crane on our unique aerial running equipment, as well as aerial silks and an eye-catching flaming aerial hoop. World class fire performance with unique large scale pyrotechnic props brought the show back to earth and we complimented the futuristic laser show with dancing LED umbrellas.

Starlight Design, who created the pyrotechnics for London 2012 and the Queen’s Diamond Jubilee celebrations at Buckingham Palace in 2016, are long-term clients of Cirque Bijou, regularly commissioning high quality, high production performance elements and shows for private parties and large-scale private and public events.

Last weekend was one of the busiest of the year for us, with a large scale outdoor show at Alexandra Palace fireworks festival in association with the Bullzini Family, walkabout performances entertaining the crowds at Newham Guy Fawkes event, 2 high end private parties and TV appearances on MTV Awards and Cbeebies Christmas Show. 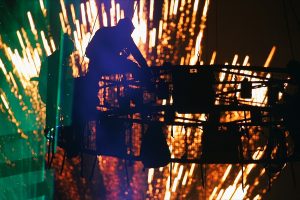 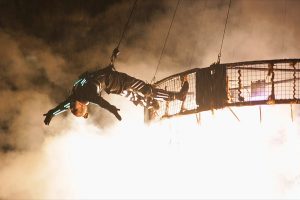 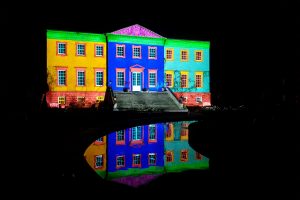 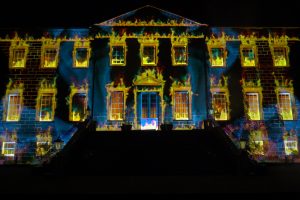